Abbott's first opened its doors back in 1979, but father and son Alec and Tony Abbott were in business together long before that, they had been in partnership together as electrical contractors working in Ottery and surrounding villages for many years. While her husband and son were at work Betty (Alec’s wife)

had people calling on her front door nearly everyday asking to buy bits of cable and electrical fittings from her.
So in 1979 the living room of the family home was converted into a smalll electrical shop selling cable, batteries, electrical fittings and small electrical appliances. This shop had a bell on the door so Betty could serve people in between doing her housework. The shop proved to be successful but bigger premises were required, so in 1983 Abbott's moved their business into the old carpet warehouse next door, and diversived into a general DIY store. In the early days, the premises were too large for us; so we partitioned bits off and made storerooms of them. Today we take up all the sales area and our stores have moved upstairs and to premises across the road.

The original electrical shop was rented initially to a greengrocers, and then to a jewelers. As our business continued to grow we took the original shop premises back and made it our tool department which it still remains today...If you have ever wondered why we have an extra un-opnened door, this is why.

Space was once again becoming a problem so No. 3 Jesu Street was bought in 1997, the garden was made into a useful yard for our building products
and the large sheds became our timber department, originally the house downstairs was our paint store. Then in 2000 to accommodate current
buying stratergies which necessitated us having to sell some cookware, we opened our cookshop at No. 3. This proved successful and we later expanded the range of housewares and cleaners and opened this up into our DIY shop.

Our Ottery St. Mary Store had now grown within its limits, so in 2008 we opened a second store in the seaside town of Seaton.

We purchased a former chemists and converted it into the store that we see today. With all the building work done by Tony, Chris and Jeff Abbott.

Sadly Alec Abbott died in 2003 and up until then there were three generations of the Abbott family all working together every day in the shop.

Over the years the business has grown with all the family’s involvement; every conversion project being undertaken firstly by Tony and Alec
(including putting in the shop window!) and in subsequent years by Tony and Vivienne’s sons Chris and Jeff, although they were always helping even when they were small. Over the years the shop has changed, expanded and added new products many times offering the people of East Devon more and more choice. Abbott’s belong to the two biggest buying groups of DIY products in the UK, enabling them to buy goods direct from manufactures and enabling them to keep their prices below what you would expect to pay in the DIY superstores, and that is without the time and expense of traveling outside of Ottery or Seaton.

Chris and Jeff Abbott would like to take this opportunity to thank all their customers, for their custom and support
over the last 38+, years and look forward to being of service to you in Ottery or Seaton, very soon. 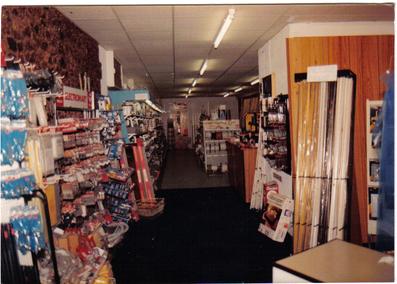 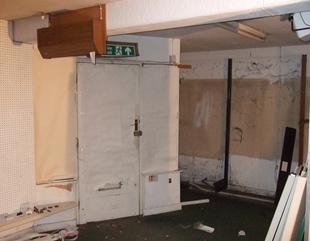 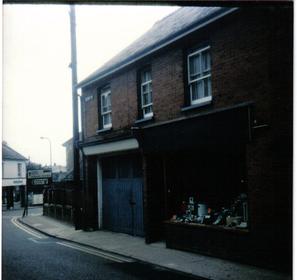 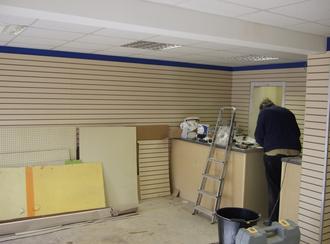 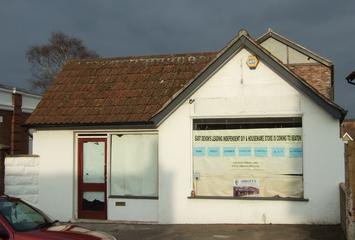 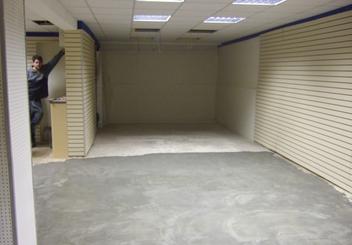 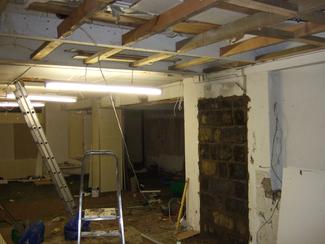 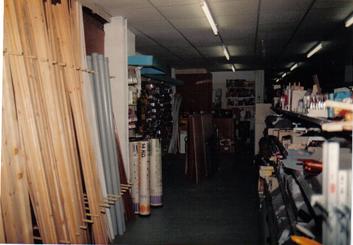 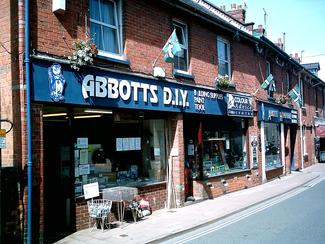 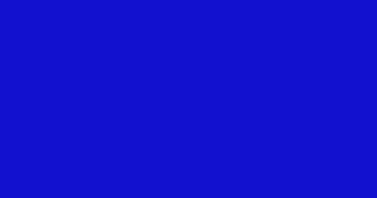 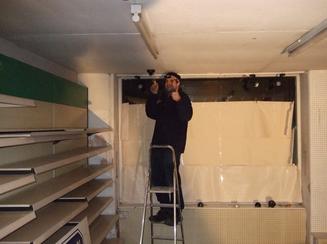 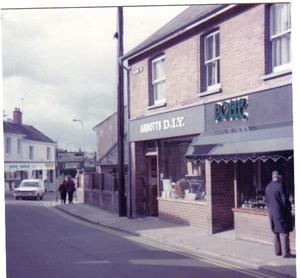 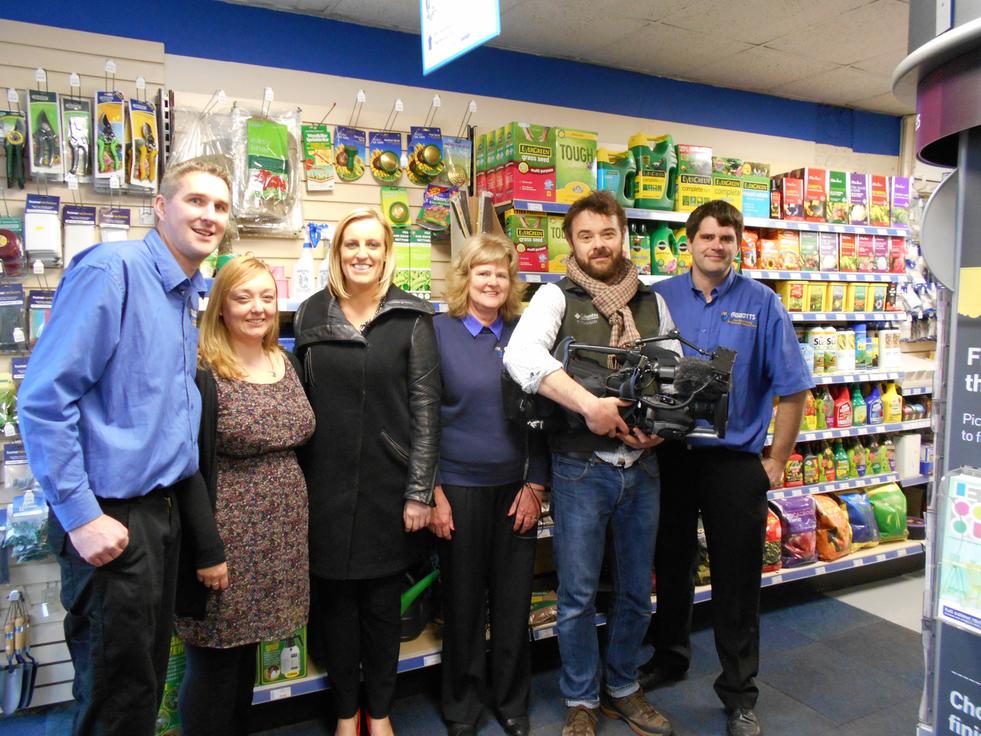 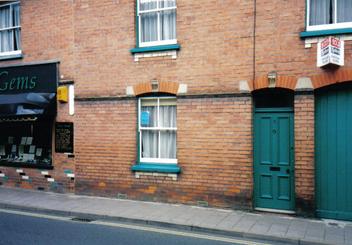 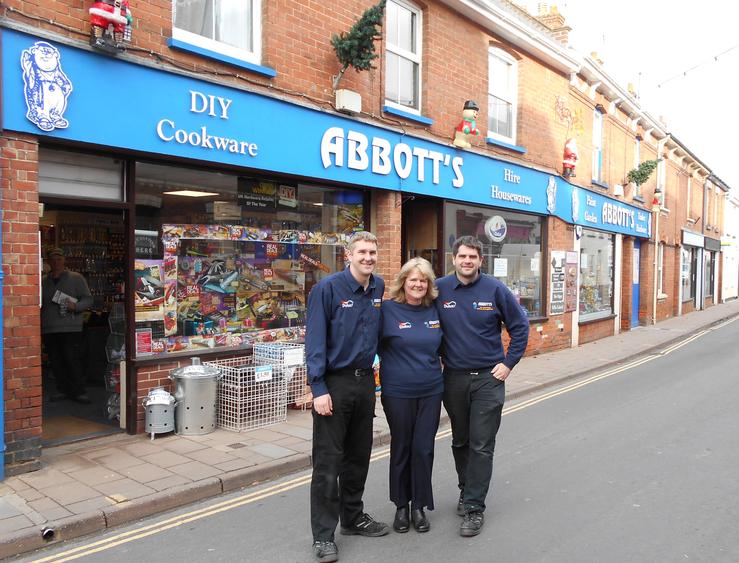 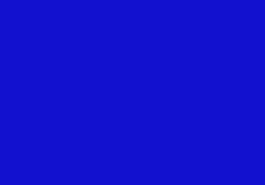